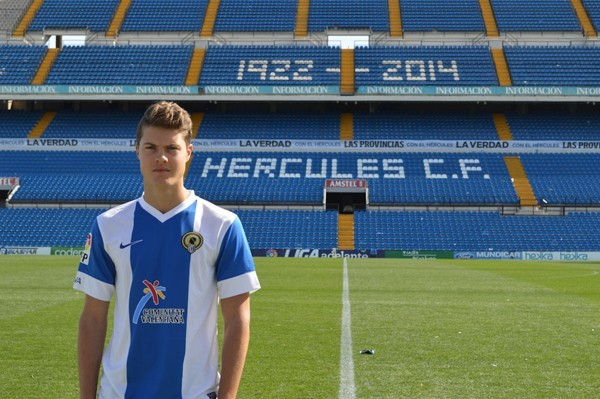 GISS director Morris Pagniello is very happy about this signing and he commented: “I’m very happy to have signed Nicholas at this club we are partners with. That’s great for his career and development, cause he’s one of the Genova International’s future prospects“.

Nicholas also admit “I’m very thankful to GISS and my agent Morris, who has always believed and helped me to find top clubs helping the development of my career. Hercules is a great club and I can say that here I found really great people“.