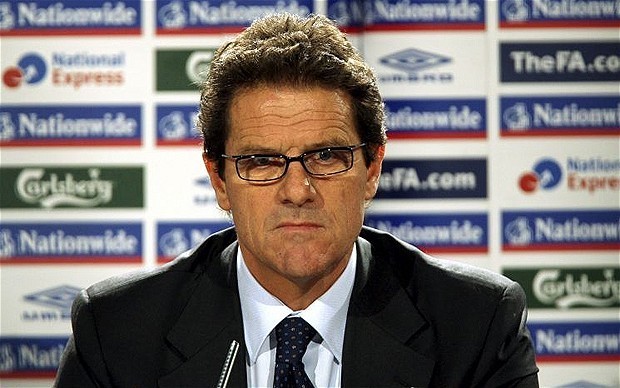 Fabio Capello in Montreal next March for GISS/AIAC conference

Fabio Capello is an Italian football manager and former professional footballer who is currently the manager of the Russian national team. As a player Capello represented SPAL 1907, Roma, AC Milan and Juventus. He played as a midfielder and won several trophies during his career which lasted over 15 years. He also played for Italy during his career and amassed 32 caps, scoring eight goals as well.

As a manager, Capello has the distinction of winning the domestic league title with every club he has coached throughout his career. In his first five seasons as a manager he won four Serie A titles with Milan, where he also won the 1993–94 UEFA Champions League, defeating Barcelona 4–0 in a memorable final. He then spent a year at Real Madrid, where he won the La Liga title at his first attempt, and in 2001 led Roma to their first league title in 18 years.

Capello also won two titles at Juventus (which were later stripped after the Calciopoli scandal), and in 2006 returned to Real Madrid, where he won another La Liga title. Overall he has won a major league championship in seven (or nine, counting the two revoked titles with Juventus) of his 16 seasons as a coach. Capello was appointed as England manager in December 2008. During his time as England manager he was successful in tournament qualification, guiding the team to the 2010 FIFA World Cup, where they were knocked out in the second round, and 2012 European Championship, where they were knocked out in the quarter-finals under new manager Roy Hodgson. In February 2012, he resigned as manager due to a dispute with the Football Association, before being appointed coach of the Russian national team in July 2012.